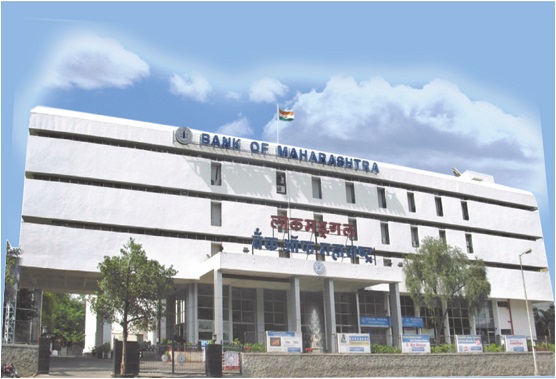 Maharashtra has a long history of commercial activity since ages because of its strategic location in Indian sub continent and its large natural resources.
Maharashtra has been a progressive region and the Banking activity was also started in this region quite early. Historically speaking, the Bank of Bombay established in 1840 was the first Commercial Bank in Maharashtra. However, the first commercial bank set up in Maharashtra outside Mumbai was The Poona Bank established in 1889 at Pune followed by The Deccan Bank in 1890 and the Bombay Banking Company in 1898.
Outbreak of the First World War leading to great depression took a heavy toll on banks in India. Between 1914 and 1935 as many as 380 banks failed in the country out of which 54 were based in Bombay province. The impact of these failures was felt more in Maharashtra region because certain banks known for a long time were also closed down.
The effects of great depression started fading and new enterprises began emerging with new hopes in all spheres of economy, including banking.

Need felt for an Independent Bank for Maharashtra

The Mahratta Chamber of Commerce (MCC) was established in Poona in 1934 and its Founder Secretary Shri A.R.Bhat was a great visionary.
Shri Bhat initiated for a comprehensive review of banking services available in the region through the special issue of Kesari news paper released in memory of Lokmanya Tilak within a few months of establishment of MCC. He ensured that his friend, Shri V. P.Varde, considered as a doyen of co-operative movement, wrote an article on the necessity of a separate bank for Maharashtra, thus launching a public discussion on the subject. While there was no noticeable response to the article of Shri Varde, Shri A R Bhat kept on discussing the subject with leaders in Trade and Industry.
Shri Bhat ensured that Mahratta Chamber and its Directors took up the issue and held a Conference on Business and Industry in Poona on behalf of the MCC in February1935.
"For providing capital to the trade and industry in Maharashtra, it is essential to establish a Joint Stock commercial bank. The Mahratta Chamber is, therefore, requested to make all the necessary enquiries in that behalf and take appropriate steps for floating such a bank. The business community in Maharashtra is urged to support such an effort. "
The Swadeshi movement of the first decade of the 20th Century gave stimulus to the establishment of a number of commercial banks under Indian Management in Maharashtra.
The MCC formed a sub-committee consisting of Sarvashri V.G.Kale, D.K.Sathe, N.G.Pawar, G.D.Apte and A.R.Bhat to work out the details.
The first meeting of the committee was held on 19 May 1935 in the conference room of the Kesari Mahratta office and besides the committee members, prominent personalities from the City like Shri Babasaheb Kamat, the then President of the MCCI, J S.Karandikar, Rajabhau Godbole, Govindrao Pandit, Damuanna Potdar, S.R.Sardesai, Baburao Gokhale, and N.N. Kshirsagar among others participated in deliberations.
Another meeting of the sub committee with wider public representation was followed on 27 May 1935 in the meeting hall of Kesari Mahratta office and decisions on matters like the number of Directors on the Board of the proposed bank (maximum to be 11 members), Amount of each share (to be Rs.50/-) and primary condition for becoming a Director (to hold a minimum of 500 shares) were taken.

The Bank was formally registered under the Indian Companies Act, on the auspicious day of 16 September 1935.

The first Board  of Directors of The Bank of Maharashtra Ltd was constituted with following members.

Prof.V G Kale, an ex-member of Indian Tariff Board and a reputed economist and educationist of old generation.
Shri D K Sathe, a businessman and a prominent social worker and had experience of Co-operative banking.
Shri B M Gupte, Chairman of the Poona Central Co-operative Bank.
Shri N. G. Pawar, Engineer and Contractor
Shri V T Ranade,  of M/s.V R Ranade and Sons a leading firm of Engineers and Contractors
Shri V P Varde, a leading figure in the co-operative movement and who provided major impetus to the move.
Shri M R Joshi, a leading paper merchant from Pune.
Shri S G alias Annasaheb Marathe of M/s.V R Ranade and Sons.
Shri Raghunathrao Sohoni, a leading merchant who had initially moved the resolution of formation of the Bank for Maharashtra.